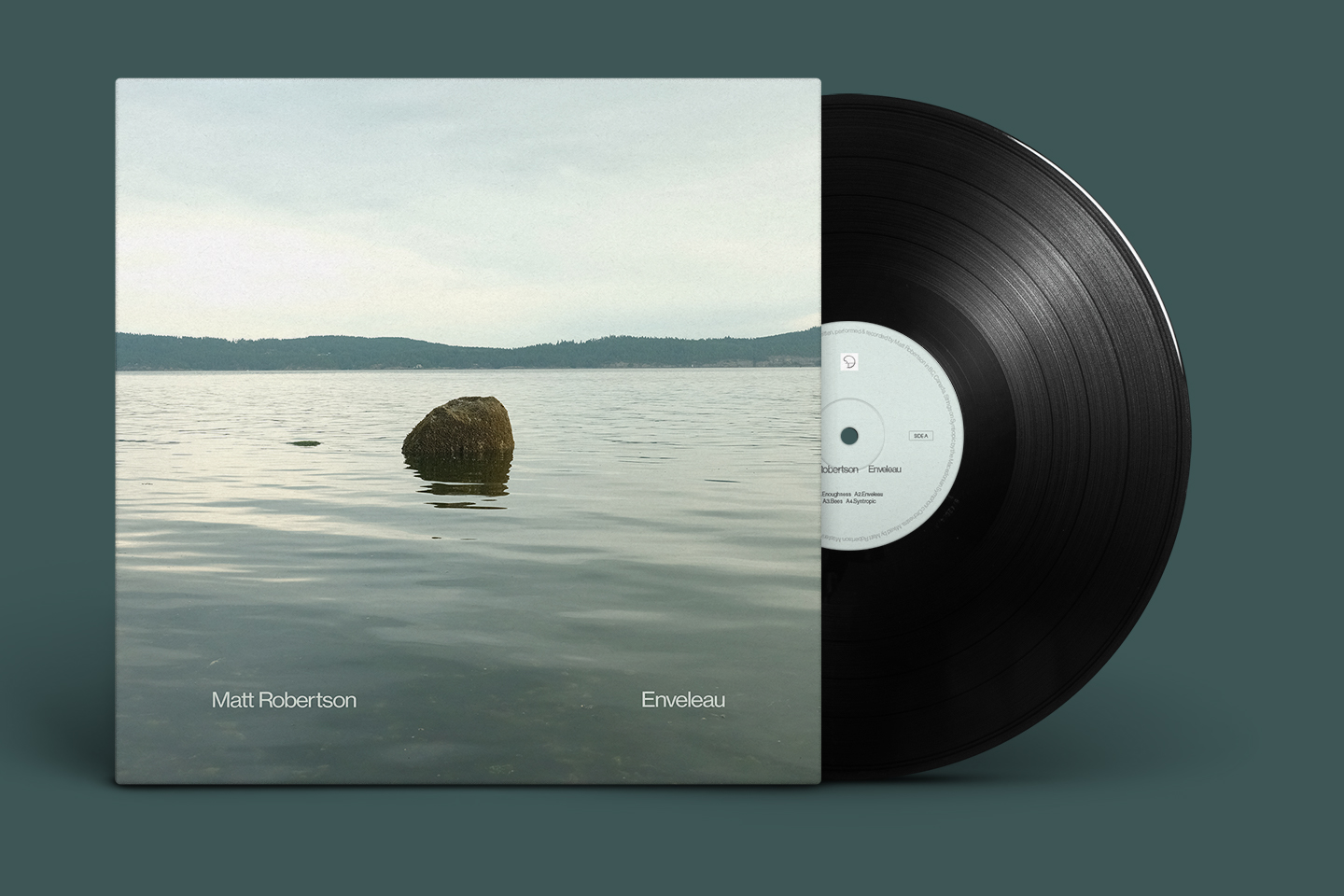 “I love how the sonics of some records immediately put the listener in a comfortable space - just from the sound of an opening chord, you can be placed in a space and time. I am trying to achieve something similar to this on ‘Enveleau’, really concentrating on what the sounds make you feel, as a separate thing to what the harmony and the pitch make you feel. I’ve used a lot of different recordings I made outside, including natural textures wrapped into the drum sounds. It gives the record a sense of place.”

“Enveleau is a word I am taking to mean a sense of envelopment in your surroundings, and trying to take some comfort in that. In a sense, gratitude. The name also has a lot to do with water and how it flows along the easiest path. 2020 was a really challenging year for everyone. I think I found a sense of ease by concentrating on my family and getting outside if I could. The cover is a photo of an area near where I live, and it really captures a sense of the stillness that I have been trying to find within the past year.”
– Matt Robertson

Limited edition edition vinyl is available via our Bandcamp Store.